The Powerball Lottery began as Lotto America in 1988. The name of the game was changed to Powerball in 1992 with the first drawing happening on April 22. The Powerball Lottery was the first game to use two drums. This made the manipulation of the balls more thorough and in so doing made the odds of winning lower. However, Powerball can be won by matching only one number. The two drum method has been copied by numerous lotteries around the world such as: Australia Powerball; United Kingdom’s Thunderball; Euromillions (which alters the six number to win game into a seven number to win game); and Mega Millions out of the United States.

Until 2008, the Powerball Lottery were held at Screenscape Studios in Des Moines, IA. There were some remote drawings held in 1996 in support of the Summer Olympic Games. These drawings were held in Atlanta. However, Georgia soon left the Powerball Lottery game and joined the Mega Millions game and remained out of the game until the cross selling expansion of the two games started in 2010. In 2001 the multiplier, “Power Play” was added to the game allowing non-jackpot winners to be multiplied by up to 5 if the player paid $1 per game. The wheel was introduced to choose the multiplier amount and in 2002 the 1x multiplier was removed from the wheel. 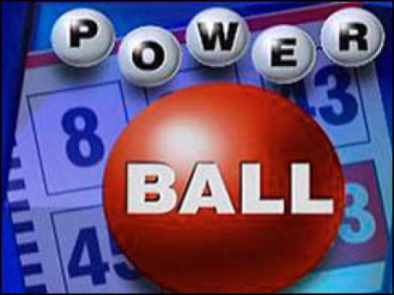 The Powerball Lottery has the third highest jackpot winning at $365 million. This jackpot was won by eight different people and the prize was split between them. Thirteen winners in 1998 split a $295.7 million jackpot, which when adjusted for inflation would translate to about $421 million. The Powerball Lottery has two main jackpot disbursement options. The first option is the cash option, where the entire jackpot is paid in one lump sum. The other option is the annuity option which spaces the payments out over 30 years.

People from all over the world can win the Powerball Lottery by buying their tickets online. Online retailers sell the tickets in the same way as brick and mortar stores and the benefits to the customer can be amplified when purchasing more than one ticket.

One such site is www.onlinelotto365.com which offers more than just the Powerball Lottery. Players from all over the world can enjoy the raised rates and partake of the increased chances at winning. All the players need is just a little luck and the gumption to order tickets.