Keno is a lottery- style casino game of luck available for play at both offline and online casinos. It has a long and interesting history which claims the game was first introduced in China many years ago. Chinese immigrants who worked on the railroad or in the mines brought the game to the USA back in the 1800s. Nowadays, Keno is a very popular and easy game to play. Moreover, it gives players the opportunity to win huge payouts on pretty small wagers, if lucky enough. Continue reading to learn more about the rules of Keno, its variants and consider our advice on the game. 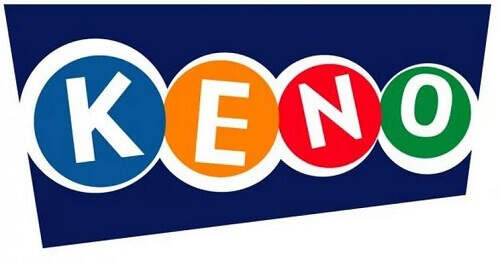 To play Keno online, register an account with a reputable and safe online casino and fund it. Then pick a Keno game from the game lobby and select the size of your bet. In general, Keno games accept wagers that range between $0.25 and $50. Afterwards you need to select a minimum of 4, but no more than 10 numbers on the Keno card which has numbers between 1 and 80. Then the game will start and 20 numbers will be randomly drawn. The more numbers you match, the higher payout you get. You can play one, five or ten Keno games at once.

Keno has become quite popular among gamblers who want to earn some instant cash so no wonder why there are a number of Keno variants available. Some of them include Traditional Keno, Krazy Keno, Club Keno, Instant Keno, Jackpot Keno and so on. These Keno games are created by various software providers and when you play them online you will notice a slight difference in terms of graphics and game quality. All variants are generally played the same way as described above.

If you really want to play Keno, despite its high house edge, the only skill that will work is choosing at which casino to play the game and how many numbers to mark. It makes no difference which numbers you will choose. Contrary to popular myth that Keno games are rigged and favor certain numbers, online Keno games are fair and regularly tested for fair play and randomness. Still, choosing the casino carefully might just give you that extra edge you need. After all, there is a difference between NetBet UK and similar reputable services in comparison to shady, unlicensed operators roaming the web. In addition, every ball has 1 in 80 chance of being drawn. Therefore, there is no possible way of knowing which balls are going to be drawn the next round.

Ultimately, it appears that the best advice for this game would be to pick numbers that seem lucky to you and trust your betting money at reliable online casino platforms. Even if it doesn’t work out, you will be sure that you and your luck have done the best you could.