There are some people that seem to get addicted to gambling and seem like they cannot stop playing. They get a thrill out of playing and they feel unhappy when they are not playing. Obviously this can be a problem because it can lead to a lot of money being spent on games. When this money is more than the persona can afford to spend then they can end up getting into debt problems and it can lead to a very bad situation for them. Some people worry that this could happen to them if they start to gamble. Obviously it is a genuine concern and it is good to give it some consideration before you start. 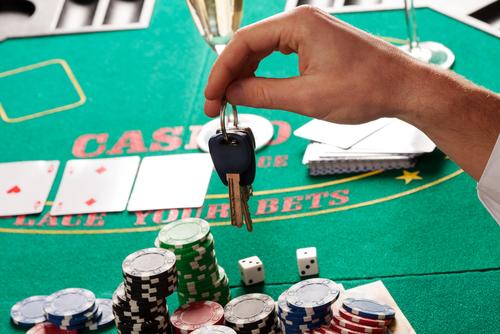 Some people feel that there is such thing as an addictive personality and they feel that there are enough addicts in their family that they could be at risk as well. There may be something in this and so it could be worth thinking about. If you have any other addictions such as to smoking or drinking or have done in the past, then it could be fair to say that you may have an addictive personality and there may be a chance that you could become addicted to gambling. If you have a concern then it could be better to avoid online casinos completely or just play the free to play games where you cannot spend any money.

IF you are not sure then it could be wise to start by playing free to play games. Imagine that you are playing with real money and think about whether you think you could stick to a budget. Imagine you were limiting yourself to a certain amount of money to spend each day and think whether you think you could manage that or whether there would be a chance that you would spend more. If you think that you will be okay, then deposit just a small amount of money and play a few games. Set yourself a daily budget so that you can only play limited games over three or four days and see whether you stick to it.

Consider how easy or hard you found it to stick to and think about whether you think that you would always be able to stick to it. Consider how easy it would be to calculate how much money you could afford to spend in a month, how much that is in a week and a day and how easy it would be to just spend that much. It is important to make sure that you understand that the money you budget with gambling will most likely be lost. If you have fun playing and are prepared for that, then this is fine but if you do not want to accept that the money will be lost then it is best not to play. These unhealthy thoughts could lead to you spending more money to try to win back the money that you have lost and this can lead to all sorts of problems.